During the last weekend of March 1953  RAAF Lincoln and Mosquito aircraft visited Mackay as part of a recruiting drive. As per the newspaper articles below more than 2000 locals inspected the two aircraft with 57 people applying for enlistment in the RAAF.

People lining up for a close inspection of the Lincoln. The Mosquito is in the background. Source: Stewart Garnham.

A local newspaper article prior to the arrival of the aircraft. 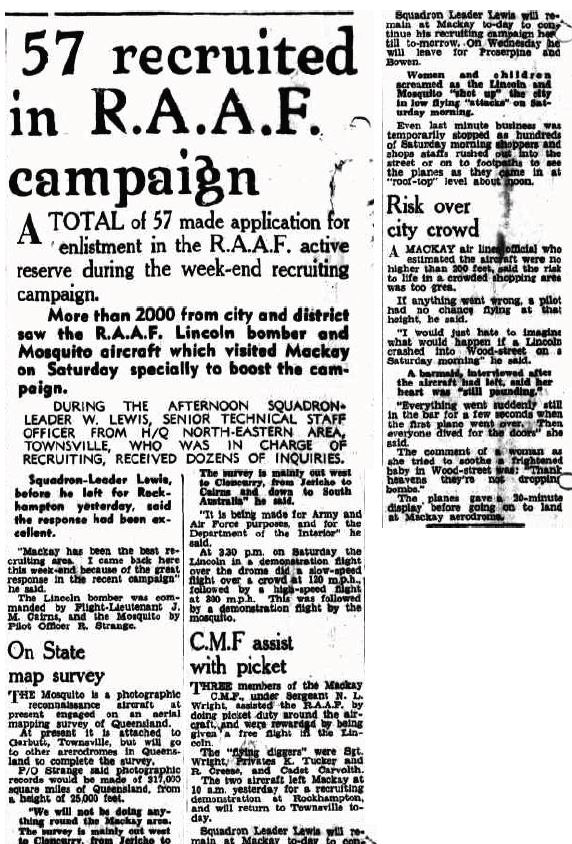 Another article describing the visit of the two aircraft. Some of the locals may have been a little upset by some perceived low flying. This included drinkers at a local hotel.